The novel is published within their Kadokawa Comics Ace imprint and penned by Kiyoto Takeuchi, the writer of the novelization for the 2018 Mobile Suit Gundam Narrative film. The novelization is an adaptation of the film but is also said to include the past of the titular Cucuruz Doan and the Principality of Zeon’s Southern Cross Team, Doan’s former military unit.

Last week, Bandai Namco Filmworks(Sunrise) announced a theatrical Blu-ray release for the film. The Blu-rays come in a limited edition version and a standard edition version, priced at 13,000 yen and 5,000 yen respectively, and release June 3, 2022 at all participating theaters. 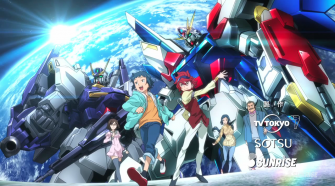