The figure was initially announced in February during their “Mega Hobby +Plus 2022 Winter” event. The 230mm figure is full of self-confidence with a cool look and a fearless smile. The texture of the white fabric is reproduced by coloring.

Paptimus Scirocco is one of the main antagonists depicted in the 1985 Mobile Suit Zeta Gundam series, directed by Yoshiyuki Tomino. Known as “The Man from Jupiter” hailing from the Earth Federation’s Jupiter Fleet, Scirocco quickly rises through the ranks of the Earth Federation’s elite autonomous counter-insurgency group “Titans”. He’s charismatic with the particular ability to charm or manipulate women to join his side. Scirocco piloted the PMX-000 Messala, then the PMX-003 The-O.

Next Gundam: The Witch from Mercury Releases 2nd ‘Fan Kit’ 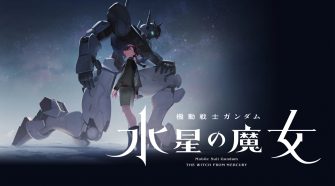