The long disregarded fifteenth episode is notorious for its poor animation quality and being omitted from various official releases of the series, including its English-language dub by The Ocean Group. “Cucuruz Doan’s Island” was effectively a side-story and due to the crunch of the main Gundam production staff, the episode was ultimately outsourced to a completely different team.

Despite its production issues, the episode tells a heartfelt story where protagonist Amuro Ray meets Principality of Zeon deserter Cucuruz Doan. Stricken with guilt over his actions in a past battle involving killing civilians, Doan has secluded himself on an island in the Pacific swearing to protect the same children orphaned by that battle.

The film was officially announced during the 2nd Gundam Conference in September 2021 as a new perspective on the episode. The tagline for the new film is “Gundam, rising again—“ and is set to release June 3, 2022 to 185 theaters in Japan.

Next Gundam: The Witch from Mercury Releases ‘Fan Kit’ to Celebrate Follower Milestone 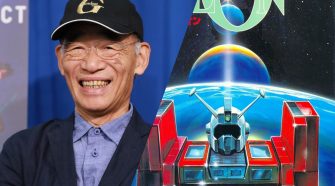