This design jersey set depicts the black and yellow pilot suit protagonist Hathaway Noa dons after he retrieves his RX-105 Xi Gundam from Cargo Pisa sent by Anaheim Electronics in the final act of the film.

Cospa is releasing two versions of the Hathaway Pilot Suit Design Jersey in Feburary 2023, a top and bottom set priced at 35,750 yen, and just a top for 22,550 yen. The design jersey is made of comfortable elastic jersey material, perfect for relaxing at home and casual wear. 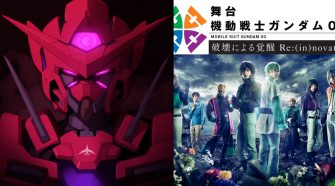