The iconic anime film, Mobile Suit Gundam: Char’s Counterattack, opened to Japanese theaters on March 12 in 1988. To commemorate the anniversary of the film, Gundam anime production studio Sunrise have announced the release of an Official Setting Material Collection for the film.

More details will be announced at a later date, but the book will include many previously unreleased materials from the film. Sunrise has previewed a new illustration of the RX-93 Nu Gundam by Yutaka Izubuchi, the mobile suit’s original mechanical designer.

Set fourteen years after the One Year War in U.C. 0093, the Yoshiyuki Tomino-directed Mobile Suit Gundam: Char’s Counterattack serves as the final confrontation between legendary rivals Amuro Ray and Char Aznable. Char has risen to power as leader of Neo Zeon and plans an all-out assault to decimate the Earth’s population to revive the planet. Released to theaters in 1988, Char’s Counterattack grossed 1.16 billion yen at the box office. 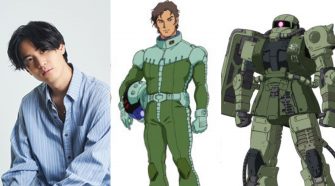