The music is composed by popular composer Masaru Yokoyama, who was also in charge of the music for the TV series.
Disc 01 contains 17 tracks including “Urdr-Hunt” and the theme song “The Over” sung by Re:END, while disc 02 contains 23 tracks selected by Yokoyama from the Iron-Blooded Orphans series. The CD jacket will feature new artwork by character draft designer Yu Ito. The soundtrack is set to release January 25, 2023, priced at 3,850 yen.

Produced by Sunrise BEYOND, Urdr-Hunt takes place between seasons one and two of the Iron-Blooded Orphans series, set on the Venus colony of Radonista, following protagonist Wistario Afam piloting the mysterious Gundam Hajiroboshi. Urdr-Hunt sees many of the core staff members from the original series returning to their roles. 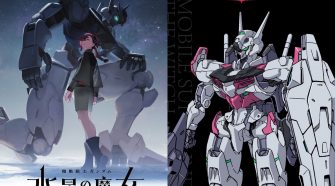