May 5 marks “Children’s Day”, a national holiday in Japan. To celebrate the occasion, a newly drawn illustration by character designer and chief animation director Atsushi Tamura has been released. The illustration features the titular Cucuruz Doan and the many orphan children under his care. Their soft expressions and tenderness evoke the theme of family. 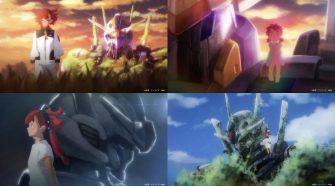