With the conclusion of anime visionary Yoshiyuki Tomino’s Gundam Recoguista in G, a documentary Blu-ray will be released at theaters beginning August 5, the same premiere date as Reconguista‘s final installment, Gundam Reconguista in G V: Beyond the Peril of Death.

Code of Yoshiyuki Tomino ~ The secret lesson of TOMINO directing in G~ will decipher the acclaimed director’s theory of direction leading up to Gundam Reconguista in G, with testimonies from animators, designers, writers, and other directors who have worked with and supported Tomino’s work. Included will be a bonus disc featuring the conversation between Tomino and Drakengard/Nier game creator, Yoko Taro, and a talk between Yoshikazu Yasuhiko and Kenichi Yoshida.

Distributed by Bandai Namco Filmworks, the documentary is priced at 7,700 yen and will be released August 5 at all participating theaters with a limited quantity of 5,000 copies.

A five-part compilation film series was announced in November 2018 as a part of the Mobile Suit Gundam 40th Anniversary Project. The compilations were to include new scenes and newly recorded dialogue. The first entry Gundam Reconguista in G I: Go! Fighter, released November 2019, following with II: Bellri’s Fierce Charge releasing February 2020, and III: Legacy from Space releasing July 2021. The final two installments,  IV: Love That Cries Out in Battle releases later this month on July 22, 2022, and V: Beyond the Peril of Death releases August 5. 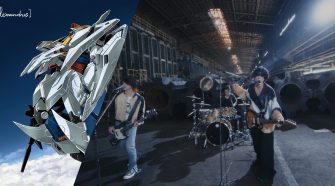