The website for Gundam Factory Yokohama, which hosts the moving RX78F00 Gundam statue, has announced its “GFY Winter Illumination 2022″ event. This winter show will be themed after the current Gundam TV installment, Mobile Suit Gundam the Witch from Mercury.

From November 24 to January 9, 2023 attendees will be able to see the moving Gundam perform new poses related to the Witch from Mercury, with the series opening theme song “The Blessing” by YOASOBI used as music to liven the performance and unique winter laser light effects. The show will be everyday during this period at 15:00, 17:00, and 19:00 JST.

In collaboration with Yokohama’s illumination event “Yorunoyo NIGHT VIEWING”, there will be a special performance every day from November 24 to January 3, 2023 at 18:00 and 19:00 JST.

The moving Gundam attraction was initially to shutter March 31, 2022, but GFY extended its operations for one year due to Covid-19 pandemic-related travel restrictions hindering tourism. The facility will now remain open until March 31, 2023. 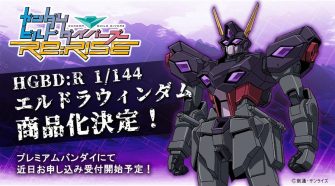