TOHO Cinemas hosted their “1/100,000 of a Second Sound Film Festival” in Tokyo and Osaka last fall. Due to the great response from the audience, it has been decided that they will hold the festival in Fukuoka as well. A gorgeous lineup of films, ranging from classics to blockbuster films and live performances, will be screened at the newly opened TOHO Cinemas LaLaport Fukuoka in Fukuoka City, Fukuoka Prefecture.

From April 25 to April 30, film festival’s lineup of screened films include Japanese, foreign, and anime films that have attracted attention for their sound. In conjunction with the opening of Gundam Park Fukuoka and Life-sized RX-93ff Nu Gundam statue, Mobile Suit Gundam: Char’s Counterattack and Mobile Suit Gundam: Hathaway’s Flash will be screened during the film festival at their “Premium Theater” on April 25 and April 30.

Set fourteen years after the One Year War in U.C. 0093, the Yoshiyuki Tomino-directed Mobile Suit Gundam: Char’s Counterattack serves as the final confrontation between legendary rivals Amuro Ray and Char Aznable. Char has risen to power as leader of Neo Zeon and plans an all-out assault to decimate the Earth’s population to revive the planet. Released to theaters in 1988, the film grossed 1.16 billion yen at the box office.

First in a trilogy of anime films helmed by director Shukou Murase, Mobile Suit Gundam: Hathaway’s Flash or Hathaway is the official sequel to the 1988 Mobile Suit Gundam: Char’s Counterattack movie. The project was announced in November 2018 to celebrate the Gundam 40th anniversary, adapting the Yoshiyuki Tomino-penned novel series of the same name. The novels were originally released from 1989 to 1990, as a follow-up to Tomino’s Char’s Counterattack: Beltorchika’s Children novel.

Two videos will be screened on the wall of the complex: one depicting a new animation of the final battle between Amuro Ray and Char Aznable from Char’s Counterattack with the RX-93ff Nu Gundam, and a re-edited video featuring TM Network’s iconic “Beyond the Time” theme song from the film.

Based on Amuro Ray’s RX-93 Nu Gundam from the Mobile Suit Gundam: Char’s Counterattack film, originally designed by Yutaka Izubuchi, the RX-93ff version sports a new long-range Fin Funnel and tricolor markings designed under the supervision of Gundam creator Yoshiyuki Tomino. The RX-93ff is touted as being the tallest of the four Gundam statues at 24.8m. 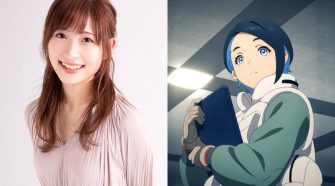