The main attraction for the project is a pair of earrings worn by heroine Gigi Andalucia in Hathaway’s Flash, faithfully recreated based on reference images from the anime film.

The metal parts are made of silver925, while the pink parts are acrylic to reproduce a translucent effect. The earrings will be stored in a designer box with an illustration of the earrings and “Gigi Andalucia” printed on the inside of the lid.

The next two items in the project are a zip hoodie with the aforementioned earring illustration on the front and a pop art version of a scene from the film with Gigi on the back, and a long sleeve T-Shirt featuring “Gigi Andalucia” printed on the front. The zip hoodie and Long sleeve t-shirt are priced at 8,250 yen and 4,950 respectively, both releasing February 2022.

Gigi Andalucia stars as the female protagonist of the Mobile Suit Gundam Hathaway’s Flash film trilogy, portrayed by Reina Ueda. Disillusioned by jaded adult society, she is characterized as alluring, mysterious and highly perceptive, with a large financial backing. 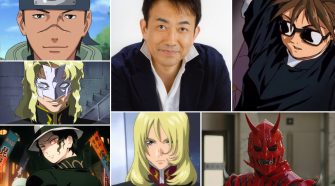