The song was announced March 2021 by the group as an uplifting rock number, having a highly stimulating sound and arrangement with an impressive guitar riff. The music video was released the following month in April, with the single officially releasing to stores May 5. [Alexandros] was initially revealed to perform the film’s theme March 2020 during the “Gundam Fan Gathering Hathaway’s Flash -Heirs to Gundam-” event.

Since its release on June 11, Mobile Suit Gundam Hathaway’s Flash has attracted 1.07 million viewers and grossed 2.18 billion yen at the box office. In commemoration of this long hit, a special one-night-only screening will be held at 215 theaters nationwide across Japan October 10, 2021.

After the screening of the film, [Alexandros] will give a live performance at the Gundam Factory Yokohama that will be broadcast live to the theaters throughout Japan.

Commemorative T-shirts will also be sale for the event that can be purchased online or at select theaters.

Initially a limited Blu-ray set was released to theaters to coincide with the theatrical release of the film. 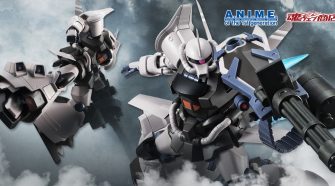