This model kit allows you to reproduce the deployment of its signature hood and Gundam face inside. The hood is movable on two axes to expand the range of expression.

Gundam Gremory is armed with its Battle Anchor, which looks like a giant sickle with one of its blades broken off. The Battle Anchor has been carefully detailed to increase the realism of its damaged area. 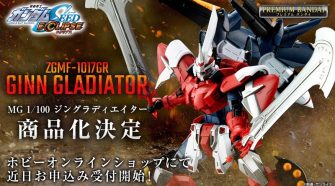