Rock-band [Alexandros] recently released an animated music video for their new single “Senkou”(which translates to “Flash”), that serves as the theme song for the Mobile Suit Gundam Hathaway’s Flash film, which is currently screening in Japan.

The music video features the English version of the tune with an abundant amount of footage from the anime film, as well as scenes from Mobile Suit Gundam Char’s Counterattack.

The single for “Senkou” was released May 5, 2021 in four variations and included the original version of the song, an English version, and an instrumental. A Blu-ray/DVD was also included in some packages featuring [Alexandros]’s “Secret Session live at Shimokitazawa Shelter”, containing their songs: 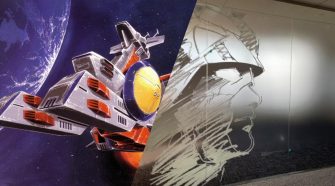