The acrylic display depicts the symbol used by the “Anti-Earth Federation Movement” Mafty in the Hathaway’s Flash anime film series. Mafty is a terrorist organization led by Hathaway Noa under the name Mafty Navue Erin. The group serves as the protagonist faction waging an insurgency against the corrupt Earth Federation government, assassinating cabinet ministers, and ultimately planning to raid the Adelaide Conference in Australia. 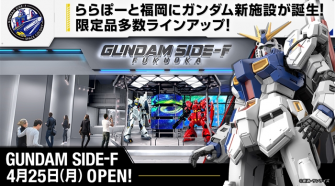