The “1st Gundam Conference” was held on June 15 in Tokyo, Japan by Bandai-Namco Group to discuss the future plans for the Gundam brand.

Koji Fujiwara, Chief Gundam Officer (CGO), appeared in the first half of the presentation.
At the beginning of the event, he expressed his gratitude for successfully celebrating the 40th anniversary of Gundam in 2019 and the 40th anniversary of Gunpla in 2020. The executive announced in 2020 the Gundam series earned 95 billion yen in sales for the Bandai-Namco Group. In order to achieve further growth, the group launched the cross-group initiative “Gundam Project” in April this year, aiming to achieve sales of 150 billion yen in 2025, the 45th anniversary of Gundam.

First, Fujiwara introduced the three pillars of “Strengthening the Gundam Strategy” across the Group. In the first pillar, “Strategy to create buzz on a global scale,” the company is planning new measures for fans around the world, such as the previously announced live-action “Mobile Suit Gundam” movie and the Gundam SEED Project ignited.

Next, the company will open more GUNDAM BASE locations, and test the “GUNDAM BASE Virtual World,” an e-commerce platform that utilizes VR, this summer. Bandai-Namco is also greatly increasing its esports pursuits by expanding in the overseas market and developing not only existing titles, but also new Gundam games specialized for esports competition.

The third pillar, “Target-specific and MD-linked work development strategy,” focuses on the different age groups of fans and popular titles in Japan, China, and North America, and plans to develop measures to match those target audiences.
For example, Gundam Build Real is being broadcast as a Gunpla series for audiences in their 20s and 30s, and Mobile Suit Gundam Hathaway’s Flash is targeting Universal Century fans in their 30s and 40s, and will be released worldwide (excluding Japan and China) on Netflix from July 1. Gundam Breaker Battlogue was also announced as a project for gaming fans that merges digital and physical attributes.

The CGO also announced that the next “Life-Sized Gundam Statue Project” was already underway, teasing a full reveal at the 2nd Gundam conference this fall, around September or October.

CGO Fujiwara is enthusiastic in wanting to grow Gundam from being simply an IP (Intellectual Property), but also to a SP, Social Property. GUNDAM UNIVERSAL CENTURY DEVELOPMENT ACTION (GUDA) was launched as a cross-group sustainability project using the Gundam IP to solicit new ideas and technologies to deal with various social issues such as overpopulation and the global environment. 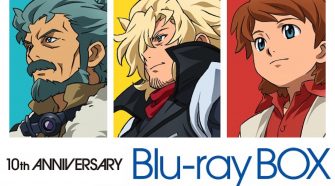