In early March 2022, MAN WITH A MISSION was announced to perform the theme song “Blaze” for the Mobile Suit Gundam: Iron-Blooded Orphans-Special Edition nine-episode “digest” series; as the band performed the series’ first opening theme song “Raise Your Flag.” The special edition began airing in April.

As “Blaze” is a part of their latest album Break and Cross the Walls II, which released today, the band released a limited edition album cover featuring the ASW-G-08 Gundam Barbatos Lupus from Iron-Blooded Orphans season 2 and a new music video featuring memorable moments from the series.

Next First 10 Minutes of Mobile Suit Gundam: Cucuruz Doan’s Island to be Released this Friday 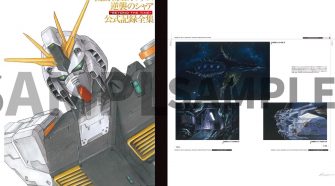