The HGUC 1/144 Messer Type-F02 and Messer Type-F02(Commander Unit) are priced at 3,190 yen and 3,300 yen respectively. More details and a release date will be made available at a later date.

Featured in Mobile Suit Gundam Hathaway’s Flash, the Me02R-F02 Messer Type-F02 is a version of the Messer F01 with lifting flares added to the legs with an improved hover run duration on the ground. The Me02R-F01 Messer Type-F01 is a mobile suit operating as the main unit of the Anti-Earth Federation Movement Mafty. 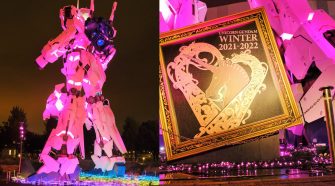