The Turn-A Gundam series aired from 1999 to 2000, directed by Gundam creator Yoshiyuki Tomino. The series celebrated the 20th anniversary of the Gundam franchise and marked the return of the director following his departure from the series after Mobile Suit Victory Gundam in 1994. The series is set in the steam-powered Correct Century following protagonist Loran Cehack of the Moon Race. Tensions flare between the immigrating Moon Race and the Earth’s populace, as they begin to uncover the dark secrets of their shared history.

The Acrylic Logo Display EX ∀ Gundam is priced at 1,650 yen with an April 2021 release date. 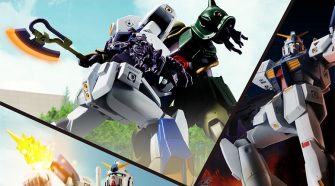