This specific model depicts the version of the mobile suit seen in the 2017 Sejoon Kim-helmed Mobile Suit Gundam Twilight AXIS ONA series, adapted from the novel of the same name by Ark Performance and Kojirou Nakamura. The mobile suit is piloted by Danton Hyleg.

Set months after the events of Mobile Suit Gundam Unicorn, Twilight AXIS focuses on two former Zeon members, former weapons developer Arlette Almage and former test pilot Danton Hyleg. Living in peace on Side 6, both are hired by the Earth Federation Forces research team “Mastema” to investigate the remains of the asteroid base Axis. But upon their arrival, they are attacked by Quentin Fermo, pilot of the mysterious mobile suit RX-78AN-01 Gundam “Tristan” and the “Birnam” forces.

The model kit will include Beam Saber with molded clear effect parts, and Bayonet with Beam Rifle. The HGUC 1/144 R-Jarja(Twilight AXIS ver.) is priced at 2,090 yen with a July 2020 release date. 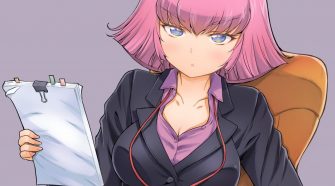