Bandai Spirits has announced the release of the Gundam Hajiroboshi to the High Grade line of Gundam model kits. The unit serves as the lead mobile suit in the upcoming Mobile Suit Iron-Blooded Orphans spin-off, Urðr-Hunt. The spin-off takes place between seasons 1 and 2 of the series, set on the Venus colony of Radonista, piloted by Wistario Afam. Urðr-Hunt will feature anime and gameplay components, and will be bundled with the smartphone app, Mobile Suit Gundam Iron-Blooded Orphans G.

The model kit features a shield with a variable claw that expands,  and  also shoots a needle. Its thruster has two large armor units that swing left and right. The model kit will include a Mace, Rifle, Shield and Foil seal. 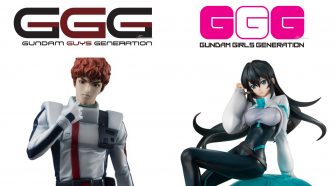