Wonder Festival is the world’s largest figure festival that takes place twice a year. The first Wonder Festival(Winter) of 2020 was held yesterday February 9, from 10:00 to 17:00 JST at the Makuhari Messe in Chiba, Japan.

A prototype of the winning GGG Amuro Ray figure was displayed at the MegaHouse booth along with a new Aida Surugan(Long Hair Ver.) figure from Gundam Reconguista in G , as well as May from Gundam Build Divers Re:RISE. The three figures weren’t priced or given release dates as of the event.

In addition to MegaHouse’s GGG figures, they revealed the prototype of their Full-Scale Works Earth Federation Forces Normal Suit Helmet, price and release date to be determined. 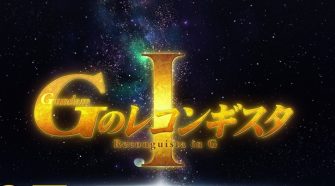